A Favorite Thing- The Pitcher in the Cemetary 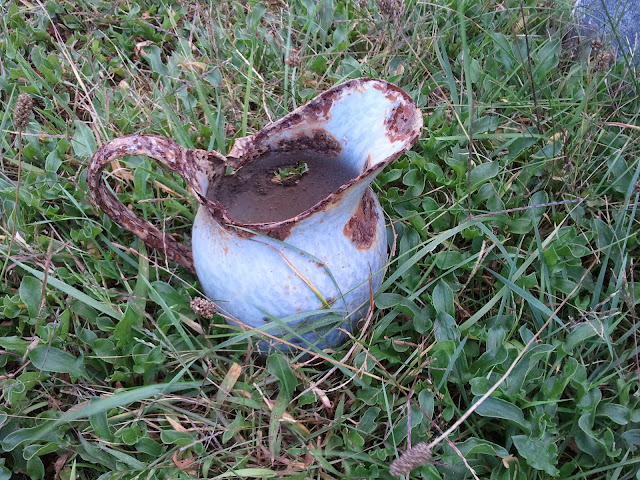 Very near my house is a wonderful cemetery I walk in frequently, always with my camera of course.  There is always something new to see, not only because it is 45 acres but also it changes with the seasons.  It has wonderful old trees as well as gravestones dating back to the late 1700's.  I spied this rusty enamel pitcher recently and wondered why I hadn't seen it before.  I was tempted to take it home but I left it there.  I will try to take a photo in each of the 4 seasons.  That would be interesting in a grouping on a wall.


Today I have linked up with Mockingbird Hill Cottage for A Favorite Thing.

A Friday ritual. A single photo - no words - capturing a moment from the week. A simple, special, extraordinary moment. A moment to pause, savor and remember. 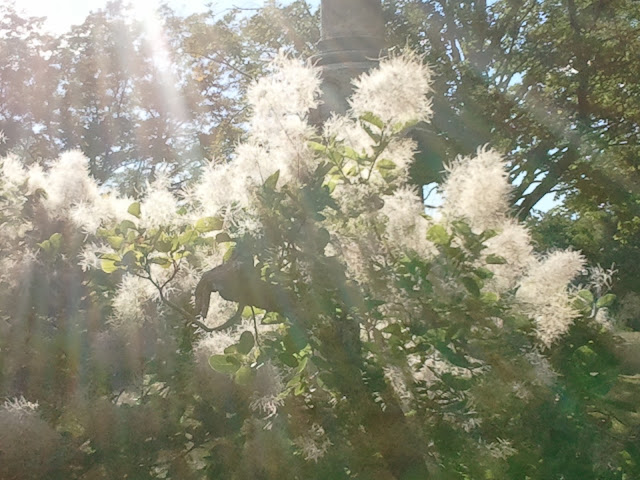 If you're inspired to do the same, leave a link to your 'moment' in the comments on Soulemama  blog for all to find and see. 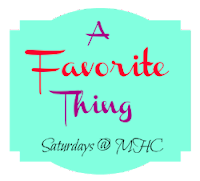 In the last several years I have developed an interest in Milagros.  Strictly speaking they are small religious metals with images of body parts, religious figures, animals, hearts, or images for healing.  They come out of the Catholic/Eastern Orthodox tradition.  Similar charms/amulets from other cultures are available.  One of my favorite wall hangings in my house is from Mexico: 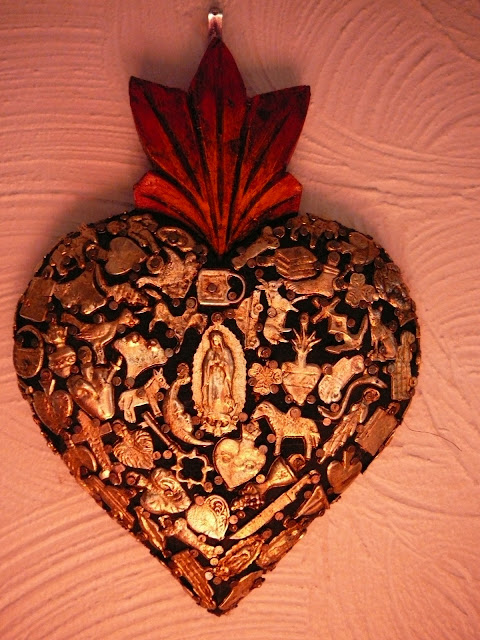 This heart has many small, thin, tin Milagros nailed to it.  Although many of these are overtly Christian, the imagery on the small tin Milagros is moving to me. I can imagine the modern day pilgrims leaving these on church or shrine alters as tokens of their prayers.  Faith or hope motivate these pilgrims.  I was raised Catholic and attended Catholic schools but in my early teens became interested in eastern philosophy and spirituality.  For me the Christina imagery is representative of many of the world's archetypes and mythology.  I fully realize and respect that for many the Christian or Catholic teachings represent true and actual events.  When you look deeply you find that many cultures have the archetype of the redeemer or the Madonna and they predate Christianity.

The following is a great article with more information on Milagros, full of interesting material:  Milagros Little Miracles For All 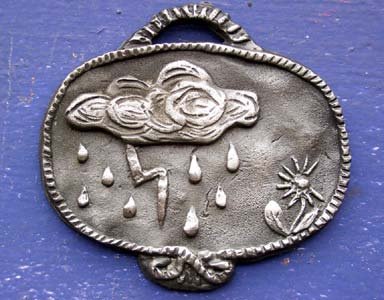 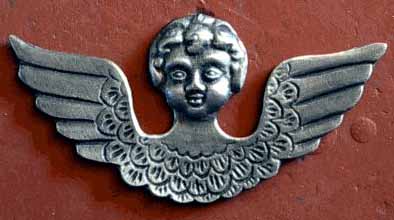 Today I have linked up with Mockingbird Hill Cottage for A Favorite Thing.

get free tarot readings at ifate.com

Content on Bridgit's Bell is protected under the Creative Commons License.